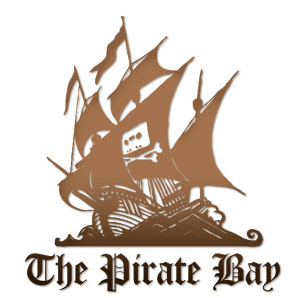 Every mention, accusation or potential offensive words direct or indirect have the word allegedly implied.

First of all, a little explanation of why I think I started to receive the attacks.

For the very first time, I used The Pirate Bay to download a film contained in one of their torrents.

Also, I have a small server inside my home network, which is accesible to outside but shares my home internet bandwidth.

Right after finishing the torrent download, I started to receive massive DDoS DNS Cache attacks which were flooding my upload/download bandwidth as well as the BIND log (repace X with attacker IP I will make public later):

I don't believe in coincidences, but specially in these cases, where it would be too much coincidence, so I make my guess (accusation): Hollywood, and their friends are trying to stop/reduce torrent usage via other methods: Disturbing, attacking, and flooding torrent users, but of course from behind, by using botnets, infected small servers, etc without showing their faces.

Since I got fed up of this issue, I will post publicly IPs participating in this attack to let the world know who was causing this. In case of dynamic IPs, their user may not be responsible of the attacks, but I found some static IPs pertaining to servers which are direct responsibility to their owners:

This kind of attacks can be blocked by using and configuring fail2ban properly:

Currently, fail2ban have a issue flooding sendmail and preventing further actions when sendmail does not respond due to upload bandwidth consumption or some other cause.

This way, I made a simple sendmail-buffered.conf for fail2ban which will only send mails when X IPs are already banned.

Also, even with this enabled, fail2ban was unable to completelly stopping the attack, since it only blocked named default port (53), and somehow, some packets were still reaching me. So I modifyed default iptables-all.conf too.
To configure fail2ban properly, I created new rules and actions, based on current existing ones, but tuned to prevent this attack more efectivelly.

Once done that, just configure your jail.conf properly to use new rules.
For example:

Please note that, with these protections you will not stop the attack, since IP packets are still reaching your server, however, your upload bandwidth and your nameserver will be secured.